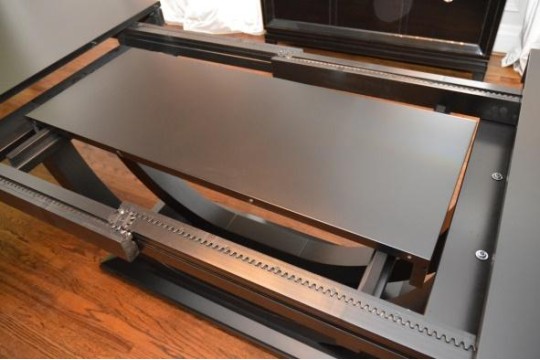 Mennonite furniture is not a new discovery; it dates back to the 1600s in Vistula Delta, North Poland. The Mennonites are a religious group that was known as the Mennists before changing their name to Mennonites. The origin of Mennonites goes back to the Netherlands; a peaceful religious movement called the Anabaptist broke away from the Roman Catholic church. In fear of religious persecution, the Mennonites fled the Netherlands and scattered throughout Europe and North America. Arriving in the delta region of Vistula River with only the clothes on their back, the Mennonite relied on their woodworking skills to build homes and furniture.

In the late 1800s, some of the Mennonites migrated to North America after the promise of good land and at low prices, and among them were 18,000 were craftsmen who carried the furniture traditions in their minds and hands. Mennonite furniture first made its way to North American Plains, as luggage brought by the immigrants in dowry chests and packable furniture pieces. As they settled into the ‘new world’, Mennonites carried on with the furniture-making tradition, although their work was initially considered old-fashioned.

Mennonites first to Canada came at the end of the 18th century. As they settled in Canada, Mennonites rejected modern advancements from how they live to technology and developed their traditional and conservative culture. They turned their traditional long craftsmanship into a business creating unique, durable and beautiful woodwork as a means of survival. In the beginning, their furniture was functional and lacked the decorative element; however, they began to make decorative pieces that people appreciated over time. Many of the dining tables we sell are Mennonite furniture. The furniture made its way to their homes, and later, Mennonites started building furniture commercially and became known. Today, Mennonites in Canada have established woodworking schools that teach young people superior craftsmanship to become professional crafters. Mennonite carpentry, in most cases, runs as a family business in Canada, with the older generations passing down decades of craftsmanship to the young.

Mennonite Furniture: The craft and technique

Mennonite’s traditions translate to their furniture maintaining inherently unique woodworking techniques that avoid using modern technology. As a general rule in life, Mennonites avoid using electricity, which applies to their craftsmanship. They avoid using powered tools and nails, and screw to make quality furnishings. Instead, they maintain the same principle from centuries ago, using hand-cut wood and skilled craftsmanship passed through generation, using dovetail joints, interlocking wedge, butterfly key and mortise to create a strong bond without nails.

Mennonite furniture creates one of the highest quality products in Canada and has even gained recognition worldwide. Although their woodworking still focuses on functionality and durability, Mennonite furniture styles have evolved from plain and simple custom pieces to furniture that appeases customers’ eyes. Today, their woodwork is based on contemporary designs adorned with decorations ranging from traditional, farmhouse, mid-century to modern designs.

Although Mennonite traditions and the digital world do not mingle, their commitment to their traditional values has their furniture spreading through Canada like wildfire. The simplicity and skilled craftsmanship have earned them significant influence in the furniture industry, with their furniture boasting longevity and inherent beauty. Today, Mennonite furniture has grown in popularity into a business of its name in Canada. It has grabbed the attention of the public.